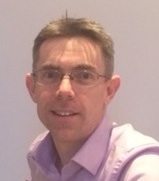 Mr. Patrick Coughlin qualified from the University of Leeds in 1997 and undertook his basic and higher surgical training in the Yorkshire Deanery. Endovascular training was obtained as the overseas fellow at Fremantle Hospital in Perth and as a BSET fellow at St Georges Hospital, London in 2009. He was appointed as a Consultant in Vascular/Endovascular Surgery at Addenbrooke's Hospital, Cambridge in 2011. He has a strong interest in teaching / training.

His research is focused upon the management of lower limb peripheral arterial disease including using novel imaging techniques to potentially help guide optimal treatment modalities in this group of patients. His research has been funded by the Circulation Foundation, the Royal College of Surgeons of England and the Dunhill Medical Trust.